Facebook
Twitter
Linkedin
Email
In the latest episode of the EBS podcast, future work consulting start-up ELEWUS founder and Swiss-based impact investor Siiri-Mall Musten and self-organised company LIVEsciences co-founder and risk investor Timm Urschinger talk about how classic, hierarchy-based organisational culture has outlived its usefulness and given way to an era of self-managing organisations whose power is in the hands of their workers. Burgeoning start-ups are textbook examples of such culture.

“I made a huge, 180-degree turn in my life three years ago when I was working as the head of talent for a major pharmaceutical corporation and decided to get out of such a safe, comfortable environment and start my own company,” Musten explains in the fourth episode of the autumn season of the podcast. The corporation she worked for employs 50,000 people around the globe.

For his part, Urschinger admits that the pandemic has changed his views on the home office. “I never worked from home before, for a number of reasons, but since last March I’ve more or less been doing it 100% of the time, and now I never want to go back to the office again,” he says. “That’s been a huge change for me, but it’s working a whole lot better than I thought it would.”

Innovation is not born in hierarchical organisations

Changing ways of thinking is something both Musten and Urschinger focus on in their day-to-day work: they consult companies on how to bring their organisational culture, whose roots tend to date back to the 19th century, into the modern era. According to Musten, who is also a management coach, the main drawback of companies in which classic, hierarchy-based decision-making mechanisms operate is the fact that they eventually start to rein in employees’ potential.

“Even if you’re working at the management level, you’re still a small cog in a big wheel, and in that big wheel you have to take those hierarchical mechanisms into account in communication and decision-making,” she says. “That slams the brakes on the company’s development and restricts creative thinking. And in large organisations that eventually leads to a lot of political games.”

Urschinger, who has also worked for a number of large pharmaceutical companies (the most recent of which employs 100,000 people around the world), says that the main thing European companies are seeking is innovation. “And yet innovation never springs from organisations that are bogged down in hierarchy,” he cautions. LIVEsciences, the company he founded six years ago which employs around 20 people, has since become 100% self-organising.

“The world’s becoming a more complicated place all the time, and it’s increasingly difficult to predict what the future holds, as has clearly been shown by the pandemic and a number of other factors influencing things,” he says. “That’s why hierarchical systems no longer make sense and need to be changed.” One of the greatest disadvantages of large companies in his view is their bureaucracy, which often results in people wasting their talent pushing papers.

“When you look at how start-ups work, they spend their first few years focussed on their product and their clients – which is to say innovation – rather than processes per se,” Urschinger explains. “It’s only when they grow into a sizeable company that these different levels of decision-making are established and they make their structure more complicated, tying it all up with red tape.” In doing so, however, the innovation on which they were founded is eroded within as little as two or three years.

Good alternative management models are offered, for example, by holacracy and sociocracy, which are based in principles of self-organisation: in other words, they are systems in which workers have more responsibility and more power. “We all like autonomy and being our own bosses,” Musten says. “I wouldn’t recommend making an immediate switch to either holacracy or sociocracy, but dipping your toe in the water and discovering a bit at a time whether they’ll work for your company given its culture, people and processes.”

Companies whose employees set their own salaries

Musten calculates that a few thousand companies around the world have made the transition to self-organisation, most of them SMEs and IT firms. “A lot depends on the management’s values as well, what they believe in – whether they’re prepared to let go of the reins of power,” she says.

The structure of Urschinger’s own company cherry-picks principles of holacracy. “Of course, even in those sorts of systems there are management mechanisms,” he concedes. “That goes without saying. But we’ve created a role-based system where everyone fulfils more than one role.” LIVEsciences is also characterised by how people-centred it is, wherein a lot of value is placed on such things as lifelong learning.

Salaries are reviewed, openly and transparently, every year, with employees getting the chance to nominate how much they want to get paid as part of a five- or six-step process. “We have a system where people can set their own salaries, without any sort of criteria,” Urschinger explains. “In theory the system’s very simple, even if it’s more complex in practice: staff come up with a figure they think is fair, then they have to justify it.”

Things become complicated when someone comes up with a figure they are happy with but then sees another employee asking for – and getting – 500 euros more for the same work. From time to time there are also those (mostly female employees) who seriously undervalue their contribution and ask for much less for their work than their managers consider appropriate.

The benefits that new self-managing organisational culture bring, how handing over control to workers can improve a company’s results and what organised chaos in the workplace can teach you are all issues that are discussed in the latest episode of the EBS podcast.

(Leadership) book: Adam Grant, Give and Take: Why Helping Others Drives Our Success
Management advice: We never know everything, so offer to guide people while also granting them autonomy!
Personal development goal: Patience

Siiri-Mall Musten is the CEO and founder of the future work consulting start-up ELEWUS and an impact investor based in Switzerland. She is a truly global citizen: born and raised in Estonia, she has since worked and studied in eight different countries. She has a Master’s degree in International Management from the University of Southern Denmark and the University of Edinburgh, and she is a certified neuromanagement and generative change coach. She says her purpose is to accelerate human talent management innovation and sustainable growth in businesses by designing future-fit leadership and organisational development services.

Timm Urschinger is a co-founder of LIVEsciences, whose mission is to support clients in implementing sustainable solutions and preparing them for future work and organisational culture challenges. After amassing more than 10 years’ experience in the pharmaceutical and life science industries, he felt the urge to do something professionally that was more meaningful and had a greater aim: helping to augment values and decision-making processes in the corporate world. He is also a co-founder of LIVEventures, a venture capital firm investing in the medical device industry.

You can listen to the podcast on YouTube, Spotify or Apple Podcasts. 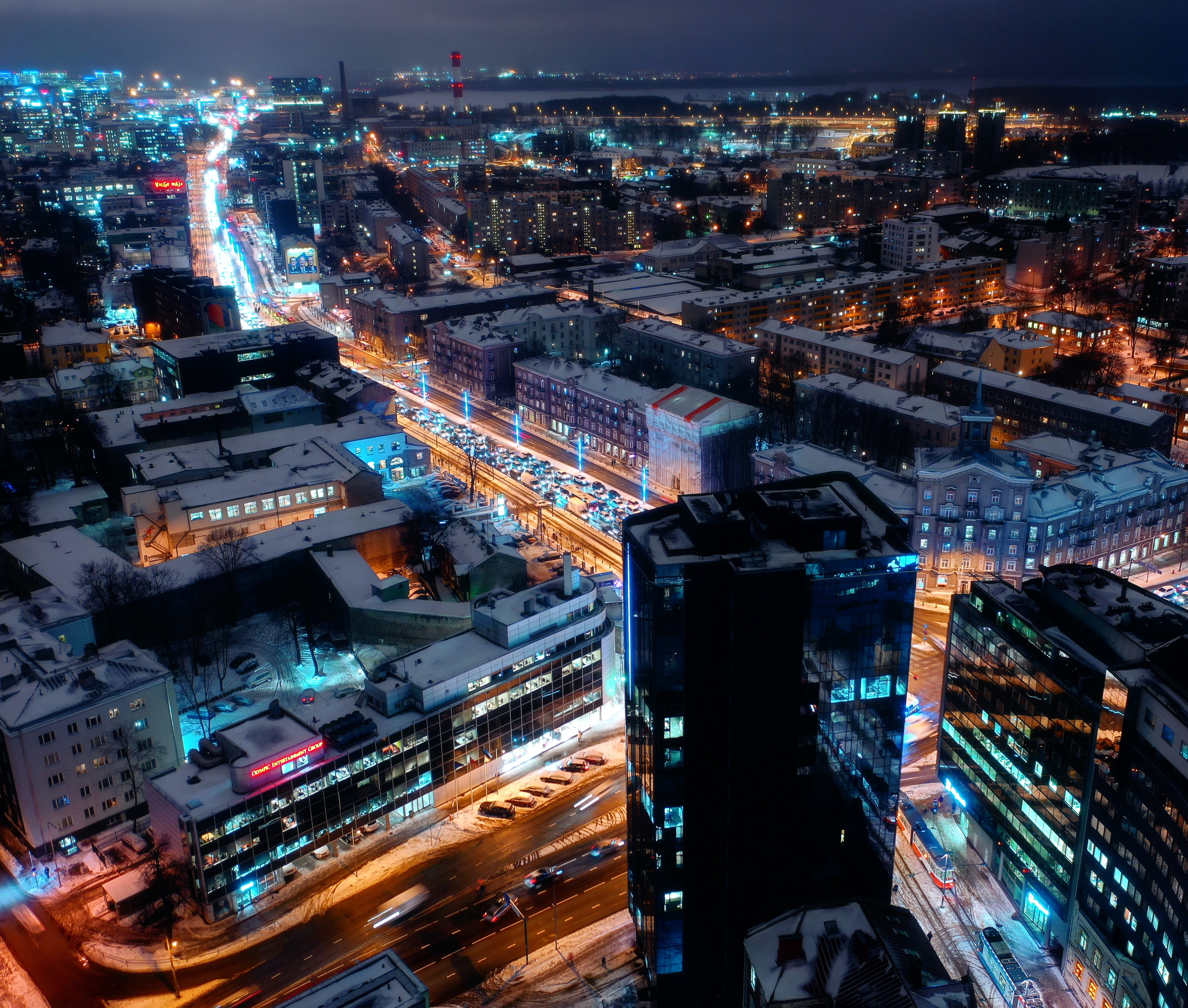 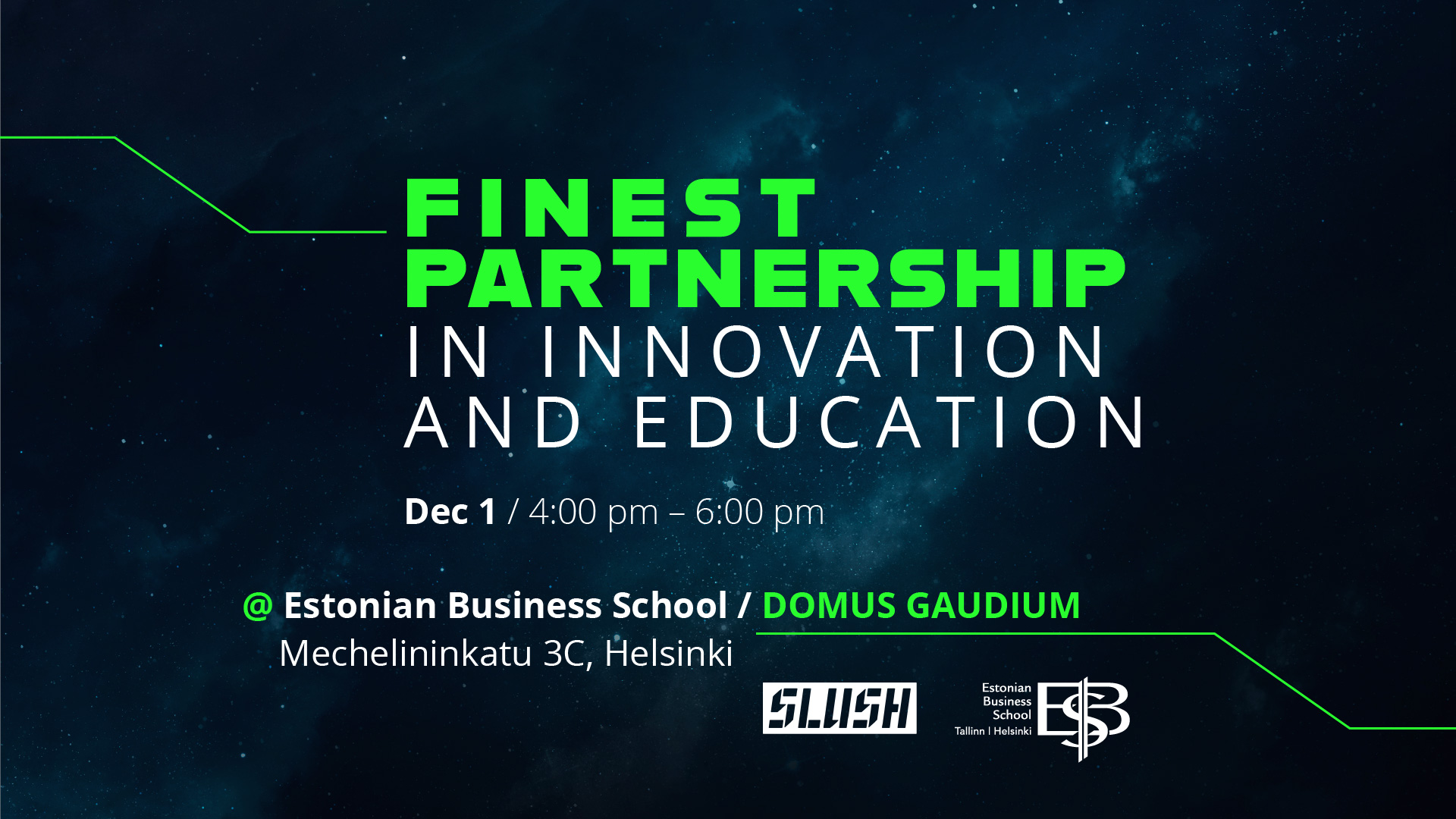 Welcome to EBS SLUSH Side Event "FINEST Partnership in Innovation and Education"!