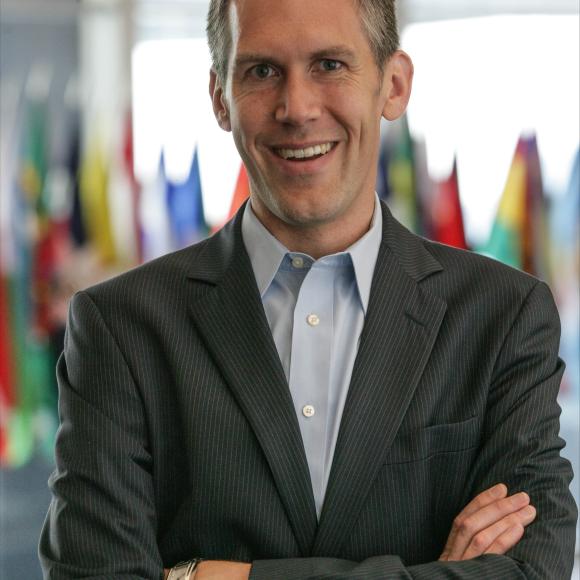 Mark Naylor joined the U.S. Embassy Tallinn team in July 2020. As the Embassy’s Public Affairs Officer, Mark serves as the Spokesperson and oversees the Embassy’s educational and cultural outreach. Mark has served in the U.S. Foreign Service for 13 years, most recently managing social media for the Secretary of State and Department Spokesperson in the Bureau of Global Public Affairs in Washington, DC.

Originally from Iowa, Mark is half of a Foreign Service tandem couple. He and his wife Megan, an economic-coned officer, have two sons. Mark is a graduate of the University of Richmond (BA, International Studies) and the University of Southern California (MPD, Public Diplomacy.) An avid runner, Mark will be running his 21st and 22nd marathons this fall.